"Stop taking pictures! This is embarrassing."

I love to take pictures when we go on our outdoor adventures. I have more pictures and video of our dogs than I'd like to admit. We fish and hike and explore and it's fun, but eventually I find myself settling down on the sand or some rocks and watching the action from a camera lens.

I watch James fish. I watch the dogs run around sniffing and exploring. I keep an eye out for danger, like creepy spiders or rogue seagulls.

After a while, the dogs get tired and find their way to where I am. Ofelia will make herself comfortable somewhere behind me, trying to get out of the sun. Simón always climbs into my lap and sits happily there as I fawn over him and continue taking pictures.

Yesterday, we had one such outdoor adventure at Willard Bay. I promise my little Simón loves his mommy with all his heart, but these pictures will lead you to believe otherwise. 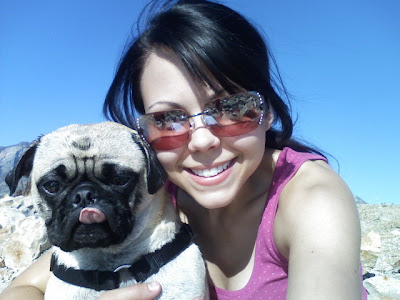 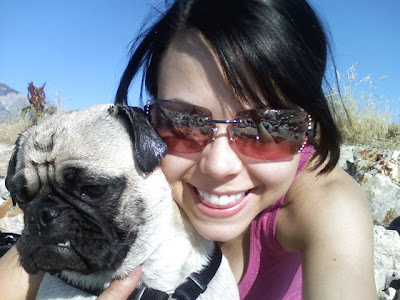 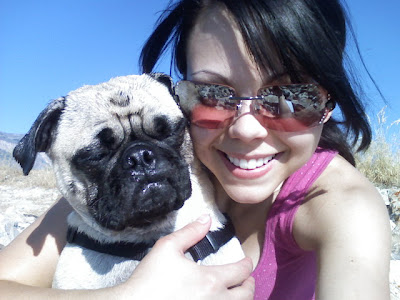 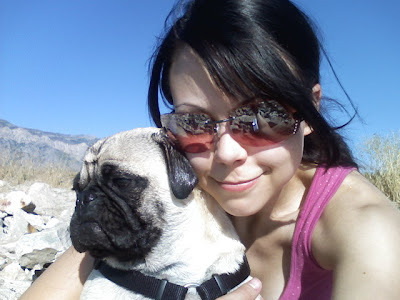 I finished reading American Psycho by Bret Easton Ellis last night. It's the story of Patrick Bateman, a twenty-six-year-old rich kid living in the eighties who only works at his company to "fit in". He and his associates spend their time dining at expensive restaurants, frequenting trendy clubs, going to the gym, getting massages, facials, and manicures, casually cheating on their partners, and having in-depth discussions on the rules of fashion. Patrick also likes to murder people in his spare time.

This was a difficult book to read. Along with the extremely violent actions and thoughts of Patrick which the reader must endure, we must also be engulfed in the 'significant' things according to Patrick's yuppie view of the world: detailed descriptions of what every person in the book is wearing each time he encounters them; two pages devoted to his morning routine; two pages for his gym workout; three pages, five pages, eight pages devoted to various musical acts he admires; two pages describing stereo equipment; an entire chapter in which he and some friends comically jump in and out of call waiting with each other for three hours trying to decide where to have dinner and whom to invite.

I had seen the movie adaptation and had read reviews stressing the overly violent and sexual content of this book, but I merely shrugged it off thinking it was just the same old stuff I'm used to and some people are more sensitive to these things than I am. Well... There is very disturbing content in this book. It was nauseating at times. While I strongly believe much of the violent and sexual encounters should have been edited, I can't help but try to understand that there's a reason those scenes exist. Patrick describes everything else in excruciating detail to us, the readers, so why not this? He seems to think we need to know all the details of his self-absorbed lifestyle... But then there's a part of me that thinks, Really, Bret Easton Ellis, are you addicted to porn and gore? It really was too much.

That being said, I found the book very well-written and beautiful at times. It's written in first-person perspective, so we know exactly what's going through Patrick's mind. He is irresistibly charming, someone you can't help but identify with at times. I started out being entertained by Mr. Bateman, but then became sickened, offended, shocked. I found myself reading with mouth agape on many occasions. I went through a great deal of emotions while reading this book: admiration, shock, hatred, sympathy, glee, fear, sadness, hope, frustration, confusion, grief, amusement, appreciation, fascination.

I love this book because it plays with your emotions; it's not all black and white. It makes you think in levels and fill in some gaps yourself. I suppose that's what satire is all about. With all the painstakingly descriptive material, there are a few instances when you catch a glimpse of something Patrick can't identify and explain away. It's in these moments when he describes a foreign emotion or feeling, usually involving love or hope or compassion, that you identify with him, root for him, and feel sorrow for him because it seems he will never grasp any of these concepts or be able to experience them. He has a couple of opportunities to love women and have that love returned, but he quells his chances by brutally killing one and callously ignoring the other.

I struggled with this book, going through a cycle of loving and then despising the main character over and over. I love the movie, which I plan on watching again now that I've read the book. I enjoyed being sucked into the shallow world of Patrick Bateman and his associates. One iconic scene which I particularly love is when Pat and some business associates are comparing their business cards. Patrick becomes seethingly jealous over one man's card, even though they all look pretty much the same. The dark humor and matter-of-fact way they speak of ridiculous topics makes it worth enduring more than unfavorable violence, gore, and disregard for other humans, especially women and the homeless. However, this book is about more than a murderous man lost in a material world, falling into a spiral of mad violence. It's a look at what we've become and what we choose to ignore in our society and in ourselves. It comes to a very poignant close, but leaves the door open for introspectiveness and discussion. It left a big impression on me and I will surely be pondering it for a long time.
Posted by Adrienne at 1:49 PM No comments: