Oh, The Adventures We Will Have!

Today was the day. It's been months. So many scars and scratches. I was finally going to take my dogs in to get their nails trimmed.

Petsmart is a wonderful store because they allow dogs. The employees are friendly animal lovers. The store has "Oops" stations in case your pet has a potty accident. They sell Christmas stockings and outfits for dogs. Holiday-themed outfits.

Basically, they understand how demented we dog owners are.

So, I packed up my 'little poops' and drove to their favorite store. We made a quick stop at the bank drive thru to deposit a check. Simon immediately began barking at the teller and would not stop. Ofelia scrambled over me, trying desperately to get out the window and attack him with her kissies. The man was prepared for cases like this and asked me if they'd like a treat. Smart man.

We continued on our way, the dogs waiting anxiously to discover what grand adventure we were going on this time. We exited the car and could not get inside fast enough. As they pulled me across the parking lot like mini sled dogs, they began barking at the police officer standing in front of the store who happened to be talking on his cell phone. I breathlessly apologized to him as I got tangled up in my two little monsters' leashes. He just chuckled and waved.

We made our trademark entrance into the store; Simon valiantly barked our arrival as Ofelia, panting all the way, struggled to make it to the nearest pair of legs she could find to jump up on. "Sorry!" I said. I found myself saying this a lot.

Legs slip-sliding all over the slick floor, we made our way to the nearest place without too many people where we met three kids who quickly fell in love with the pups. I tried and failed to gracefully untangle myself again and again as the children "oohed" and "awed" over the energetic little beasts. Finally, we parted ways and I awkwardly half-walked, half-dragged them over to the grooming salon. After a brief encounter with an elderly couple with two cautious golden retrievers, we made our way in.

We were greeted by the groomer. She was very friendly, but Simon did not want anything to do with her. He climbed up on my lap and held fast but I mercilessly released him to the strange lady with the clippers. After much crying and struggling, he was safely returned to the arms of his mama. I held all shivering twenty-plus pounds of him the entire time Ofie was being trimmed (she was very good, by the way). Afterward, I discovered I was covered in the hair he'd lost stressing out over the entire incident. I thanked the groomer and we were on our way.

I stopped to purchase some treats (they were good dogs, after all) and some stocking stuffers. I'd heard the store was having pictures with Santa and really wanted to take them over, but I forgot. It's just as well; I'm pretty sure that's bordering on animal abuse to subject my dogs to horrific nail trimming and then force them to sit on some old, overweight stranger's lap.

We arrived home, all three thankful to be there. I have such good doggies, even if they are a handful. At least they keep everyone entertained! 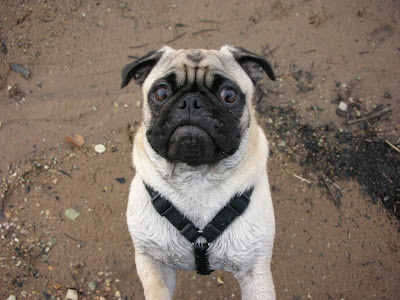 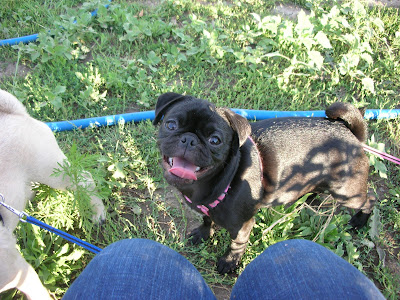 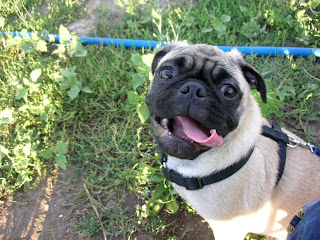 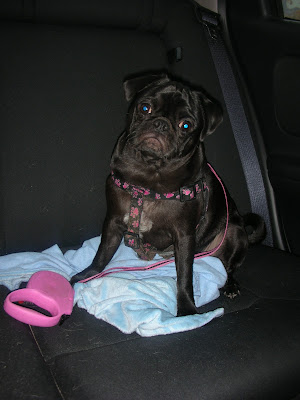